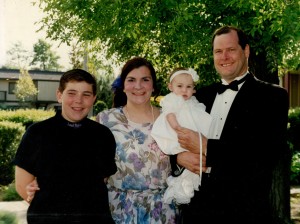 Baby Boomers were the first generation to learn about the world through television. The cops always got the crook and were able to shoot the gun out of a bad guy’s hand with just a scratch. We learned about adult relationships through The Honeymooners, Desi and Lucy, and the Nelson Family.

We saw on TV that America was kind and generous. Little wonder why some of us Baby Boomers had trouble accepting the “real world.”

The End of Innocence for all of us started on Friday, November 22, 1963. On that day, we learned what our parents had learned in a Depression and World War. 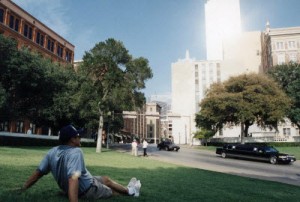 On the grassy knoll in Dealy Plaza Dallas, TX at the site of the JFK assassination in 2000

I was in the eighth grade at Herbert Hoover Jr. High School in San Francisco when the loudspeaker in the classroom clicked on with a radio broadcast describing “Dallas Police, with their weapons drawn ran up a grassy knoll in search of the gunman.”

So what? I’d thought.

Then the broadcast said: “Repeating, President Kennedy has been shot while traveling in a motorcade today in downtown Dallas, Texas.”

The teacher screamed and ran out of the classroom. 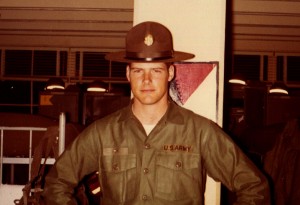 My escape was into the Beatles, the San Francisco 49ers and on to high school where I got to play QB at Lincoln High School in San Francisco, following Mike Holmgren, who later went on to fame and glory as a Super Bowl winning head coach of the Green Bay Packers. Later I played college football at San Francisco State, where my college days were disrupted by student strikes and a dangerously low draft number. I managed to avoid Vietnam by enlisting in the US Army Reserve.